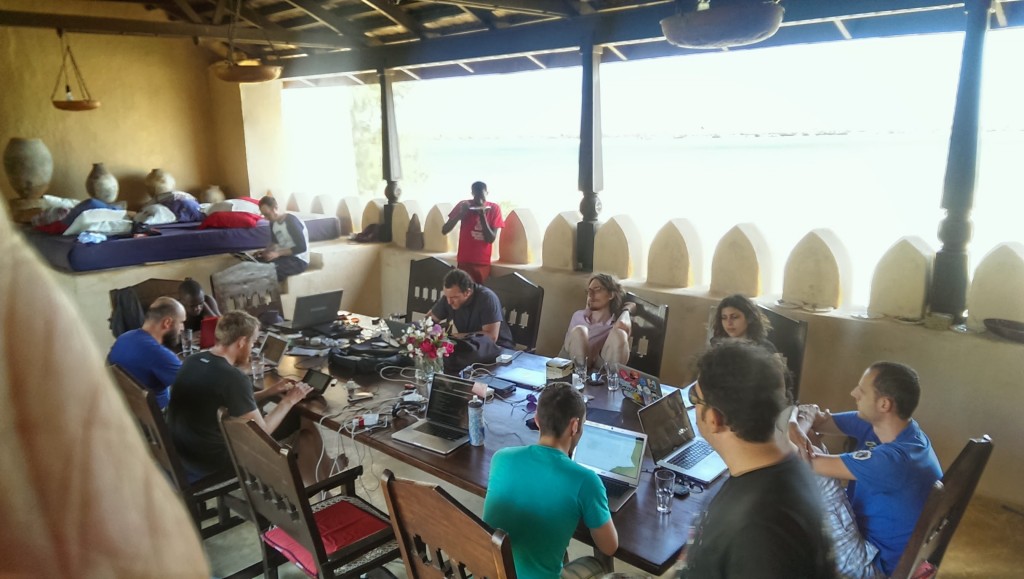 As would be familiar to anybody who knows me, I’m always interested in new tech, especially when it’s running free software and portable enough to be in my every-day carry arsenal.

For the past month or so I’ve been looking at a few devices as a secondary to my laptop to carry with me. In a few weeks I’ll be joining those already there at third installment of Hackerbeach, on the Caribbean island of Dominica.

I wanted an embedded Linux system that could do everything. The scope of this device just kept getting bigger the more I thought about it.

I originally was looking at 3d printing an enclosure around a board like a Raspberry Pi, then duct taping a USB battery and 2.5” hard drive to it. 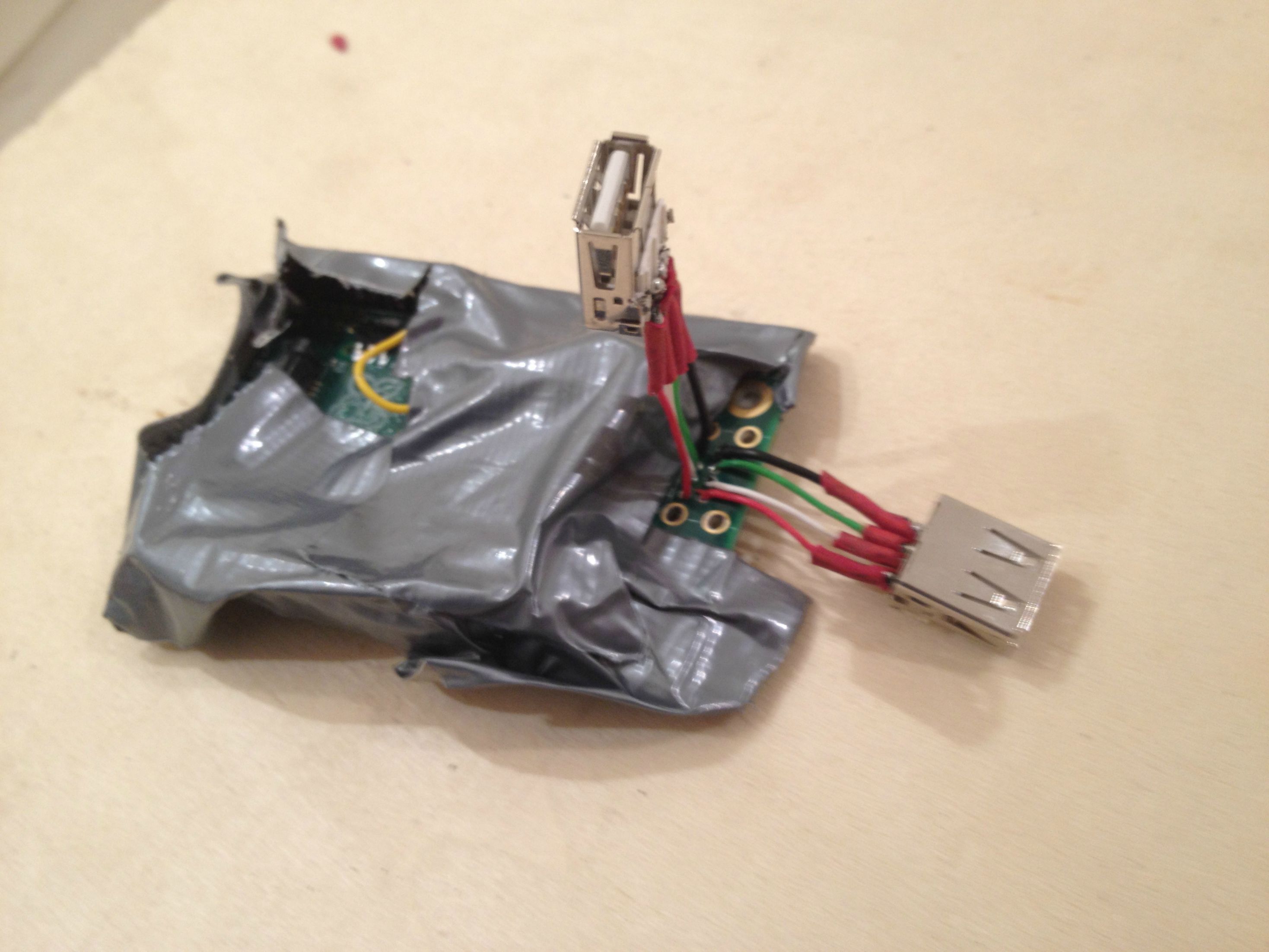 Over time the scope of this increased. One of the fond memories of last Hackerbeach was when we all huddled around a darkened wall in our fort to enjoy a movie. We had borrowed a small projector and speaker from one of the beach-front restaurants, as they didn’t need it because it was low season and they were not using it to perform any showings. We cobbled together a crude mount out of a table and various smartphones to angle the projector. The power was provided by a power-strip doing double duty as an extension cable JUST long enough that it could only work if it was suspended from a dining chair. 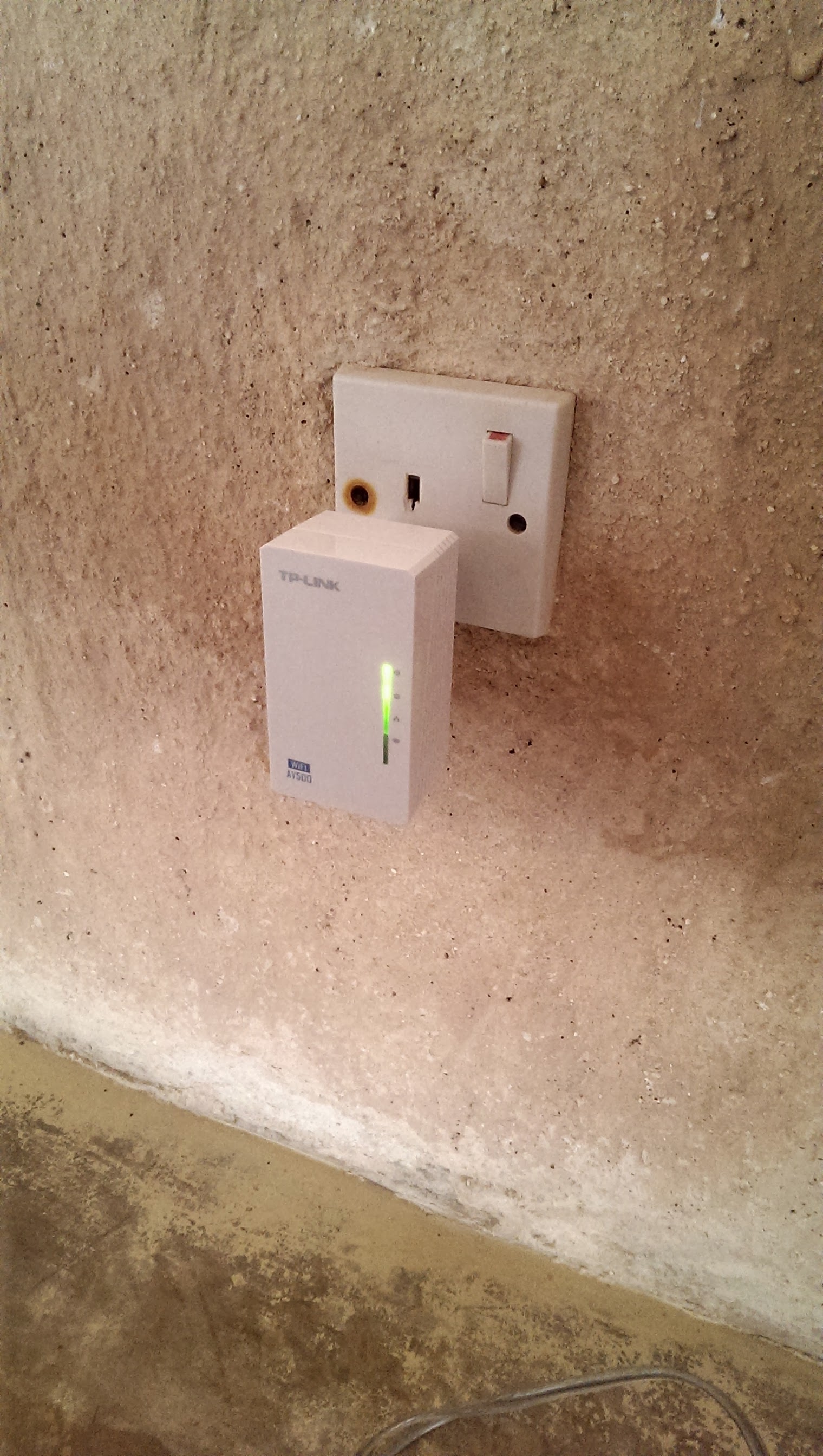 This year I wanted to make sure we have a good setup in case we want to do this again. A few years ago I had bought a ShowWX laser-based pico projector, but upon examining it again I found that the battery was dead and it only output 10 lumen of light. That would make viewing in anything but pure darkness less than pleasant.

While looking for separate tiny projectors (AAXA seems to have the market cornered) I was looking at the hardware that could power these.

After I decided to look what else was out there besides my Raspberry Pi concoction I found a Cubietruck combined with an Ewell case. This combination included space for a 2.5” SATA drive, a 5300mAh Lithium polymer battery and integrated charging circuitry, built in Wifi/Bluetooth, and HDMI output to connect to a projector.

Unfortunately from the sites I saw the case looks too big for my 19L backpack. Although I haven’t physically held a unit yet, there seems to be quite a bit of empty space inside the case. I’d like something exactly like this but in a smaller form factor. For my spartan carrying patterns this simply won’t work.

After a while I decided to investigate having a computer with a projector built in. If I could find something that could integrate everything above AND a projector, I could save even more space. This would allow me to bring movies, and combined with a few compact Bluetooth controllers (NES30s) would allow us to play video games together.

This led me to a few solutions, each with compromises. The first I discovered was a Gigabyte PC/Projector. This little beauty is basically an Intel NUC with a 848×480 projector built into it. Unfortunately it doesn’t support a 2.5” hard drive, limiting it only to an MSATA SSD. Likewise it doesn’t come with a battery and draws 40W at peak consumption. Holy power consumption, batman! After searching around a little more I came across a Liliputing article about the ZTE LivePro Android-based projector. This device seems to be a compromise, but is still the closest thing to what I want. It has an integrated 75-lumen LED projector with some 2013-era smartphone internals running Android 4.2. It features a 5Ah battery that can be used to charge USB devices, supports a (supposedly superlaggy) Wireless Display, and HDMI input with an assuredly god-awful 1W speaker. Likewise, it charges with a 12V adapter, which seems like a giant pain in the ass, but something entirely solvable.

Not terribly impressive, but I have a feeling that I can make it work for most of the requirements listed above, and if I can’t I can always put some leg work in to root it and run a GNU/Linux userland on it.

This strange device was demoed at the 2013 CES and eventually picked up by Sprint to be sold at a contract-tied discount. Unfortunately none are presently up on eBay, presumably because nobody in their right mind bought one.

The good news for crazy people like me is that a cellular-lacking version called the ZTE S-Pro is under preorder and due to be released January 6th. I’ve preordered one on Amazon Prime, and hope to return home to a delivered version when I’m done with linux.conf.au responsibilities.

On a scale of walnuts to meatballs, how crazy am I for wanting this, and for figuring out how to do it?